A Quick Guide to Patch Management

Getting Promo Products? Here's What Y...

Which Is Better? Push Marketing or Pu...

Why IHUT? A Beginner's Guide

Change is on the horizon for the United States Postal Service (USPS). On October 12, 2016, the USPS filed proposed price changes with the Postal Regulatory Commission (PRC) that, if approved, are planned to take effect on January 22, 2017. At the same time, the Postal Service announced that Standard Mail will be rebranded as USPS Marketing Mail.

The proposed changes will increase postage by an average of 1-2%, with a 2-cent increase for a First Class stamp and a 2.5% increase for Special Services.

Proposed price changes of note to direct mailers include:

The First Class Forever stamp will return to its former price of 49 cents, up from 47 cents after the PRC lifted the exigent surcharge. Postcards, international mail, and additional ounces for letters will not be affected.

January’s proposed price increases follow the April 2016 removal of the PRC’s exigent surcharge, which reduced postage rates by an average 1 to 2 cents per piece, resulting in an annual loss of $2 billion for the USPS. The new proposed pricing strategy reflects the desire of the USPS to increase the value of commercial First Class mail – which depreciated after surcharge pricing was lifted and suffers from the impact of declining volume – and returns postage rates close to where they were prior to the surcharge removal in April.

The USPS believes the January 2017 price changes will have minimal impact on the public and are consistent with the rate of inflation.

The PRC will review the proposed changes before the new prices take effect on January 22, 2017. If approved, this will be the first stamp price increase in three years.

According to a statement from the USPS, Standard Mail has been rebranded as USPS Marketing Mail in order “to better align the product name with our customer’s use of this mail class.” The new name is meant to encourage marketers who do not currently utilize direct mail to reconsider the role it plays in a successful integrated strategy. USPS Marketing Mail will start appearing on postage statements beginning January 22, 2017.

Notable changes within the USPS Marketing Mail class include eliminating the Flats Sequencing System (FSS), a sorting system for flat-mail such as large envelopes, magazines and newspapers. Removing FSS will “ensure that mailers pay for flats based on their volume density instead of the equipment flats are processed on.” 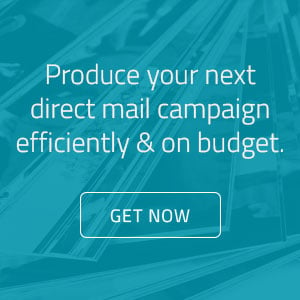 The ABCs on A/B Testing in Email Campaigns